You may noticed already our countdown widget. At the moment there are 4 weeks left and 16 hours untill pes 2015 will be released online and on shops. Many days left, but at least is coming. Waiting for it, here are latest news:

– from the creation of your player up to first match.

and on rain Juventus against Inter (PC gameplay as well). Poor Inter lately…

PES 2015 Full Team List in a 15 minute video showing all leagues and teams:

Want to win a free copy of PES 2015? Join the #PESchallenge starting tomorrow!

There are 40 achievements with a total of 1000 points.

END_OF_DOCUMENT_TOKEN_TO_BE_REPLACED

PES 2015 New Era Trailer by Weedens Productions. This is the new era! Watch how beautiful the game is this year! Probably the best PES I’ve played since PES 6, and the full game is… wow!

– There are only 14 stadiums in PES 2015 while PES 2014 has 18
– The Chilean League is apparently not included anymore
– Confirmed Licensed Ligue 2 and Liga Adelante
– No new surprise licenses, or maybe some Other European teams.

The Brasil Game Show held this Thursday its first day open to public showing PES 2015. Lots of brazilian fans showed up at the Konami booth to play PES2015 and get to know the best football game there is! — at Brasil Game Show – BGS (SP). Source: PES FB. 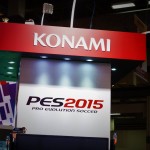 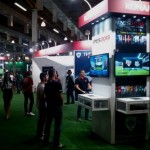 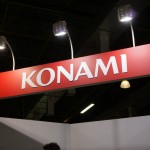 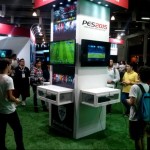 END_OF_DOCUMENT_TOKEN_TO_BE_REPLACED

PES 2015 PC System Requirements were announced today by Konami via twitter. “You ask, We listen! Here are the PC requirements for PES2015! You saw it here first! ” Konami said.

END_OF_DOCUMENT_TOKEN_TO_BE_REPLACED

According to winningelevenblog.es from the game show “Brasil Game Show”, it has been revealed a new image of the preview version of PES 2015 (with poor quality, of course), in the distance you can see Olympiastadion Berlin stadium where 2015 UEFA Champions League Final will be played on 6 June.

On the other hands, The Brazilian edition of ESPN revealed that Borussia Mönchengladbach and Vfl Wolfsburg will be licensed in PES 2015 as well.

Besides Brazilian clubs, PES 2015 has licenses Uefa Champions League, Europa League, Copa Libertadores and Copa Sudamericana. However, unlike Fifa, has no rights in the Premier League (exception Manchester United) and the Bundesliga (exceptions Bayern Munich, Leverkusen, Schalke 04, Wolfsburg and M’gladbach).

Obviously it will be very difficult to get all the names, no matter what you do. We already have four clubs who have signed with us. We have discussions with Santos and Flamengo at the time. Even if the licenses for all names don’t arrive immediately, our goal is to put as much as we can. At launch time, game will not include all the names, so we will include updates as we were getting licenses, said Manorito Hosonda, producer of the game, on ESPN.com.br.

68,526FansLike
4,420FollowersFollow
© 2021 PES Patch. All text, images and trademarks added here are the intellectual property of their owners.